When Should I Be Concerned About My Child’s Speech & Communication? 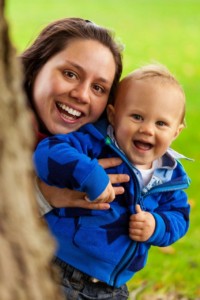 As a parent or caregiver, we can’t help but worry about our children. Are they eating right? Getting enough sleep? Or too much screen time? Are they meeting their developmental milestones?

As a mother myself, I have the same concerns. While I can’t get my child to eat broccoli and have trouble with limiting technology (smartphones and tablets), I can make sure he is on track with his speech and language development.

It isn’t always easy to tell if a child has a communication disorder. Which can affect a child’s ability to detect, comprehend, or apply language and speech. It can range from the inability to understand to substituting different sounds when they speak.

The American Speech Language Hearing Association (ASHA), recently conducted a poll among audiologists and speech language pathologist here in Florida. The poll covered a variety of topics centered around communication disorders. If left untreated, it can negatively impact a child’s life, academically, vocationally and socially.

The key take away from the poll; parents wait too long before taking action when their child shows early warning signs of a communication disorder.

“Communication disorders are largely treatable,” said Shannon Hall-Mills, PhD, CCC-SLP, president of the Florida Speech-Language-Hearing Association (FLASHA). “While the poll respondents do indicate parent awareness of the early warning signs of communication disorders has improved in recent years, clearly more public education and awareness about the warning signs and the importance of early action is needed to reduce the communication health risk of Floridians. Associations like FLASHA are committed to helping bridge the gaps in awareness that exist.”

The results of the poll, according to the ASHA, shows a “lack of awareness of the warning signs was cited as the leading barrier to overcome. Such delays can result in treatment that is more involved, more expensive, and less effective than if it began when signs first became apparent.”

Among the key results:

The good news, when speech – language impairments are identified early, treatment has positive results. If you think your child may have early warning signs of a communication disorder, contact First Words Speech Therapy. Early intervention is the key to success.