Do you or other people have a difficult time understanding what your child says? Or are they having trouble pronouncing sounds clearly? By 4 years old, most children can say nearly all speech sounds correctly. Sounds such as P, M, and W are typically learned early. While other sounds, TH, Z, and V, take longer to learn.

If a child is not meeting their language or communication milestone, terms like, ‘speech sound disorder’, ‘phonological disorder’, or ‘articulation disorder’, may be used to describe their condition.

Signs and Symptoms of Speech and Language Disorder, According to American Speech Language Hearing Association

It can difficult to understand a child when they change or add sounds, leave sounds out, or substitute one sound for another.

Saying certain sounds wrong when a child is young is normal. For instance, saying “w” sound instead of an “r”, “wobot” for “robot”. Or leaving sounds out, “up” for “cup”, “nana” for “banana”, this may not be a red flag for a younger child, but if this continue as they get older, it may be an issue. 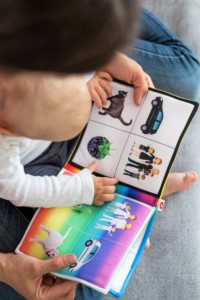 What Sounds Should Your Child Be Making?

There Can Be Several Different Causes

It isn’t always evident that your child has a communication or speaking issue, but they can stem from many problems.

Apraxia, where the brain has trouble telling the speech muscles when and how to move

Dysarthria, the muscles used in making speech sounds are weak

Down Syndrome, a genetic syndrome

Hearing loss, typically from an ear infection or other reasons

Brain damage, from a head injury or cerebral palsy

The first step is getting evaluated by a pediatric speech-language therapist to determine the need for speech, language, and occupational needs. A therapist will listen to your child, observe how they move their tongue, jaw, and lips. Depending on the age, test their language skills. For instance, listen to them tell a story or see how well they follow directions.

If you suspect your child has a speech -language disorder, early intervention makes all the difference. At First Words Speech Therapy we are dedicated to meeting your child’s speech and language disorder with personalized care. As a mobile service, we are able to render therapy in your child’s natural environment.